← more from
Abstract Logix
Get fresh music recommendations delivered to your inbox every Friday. 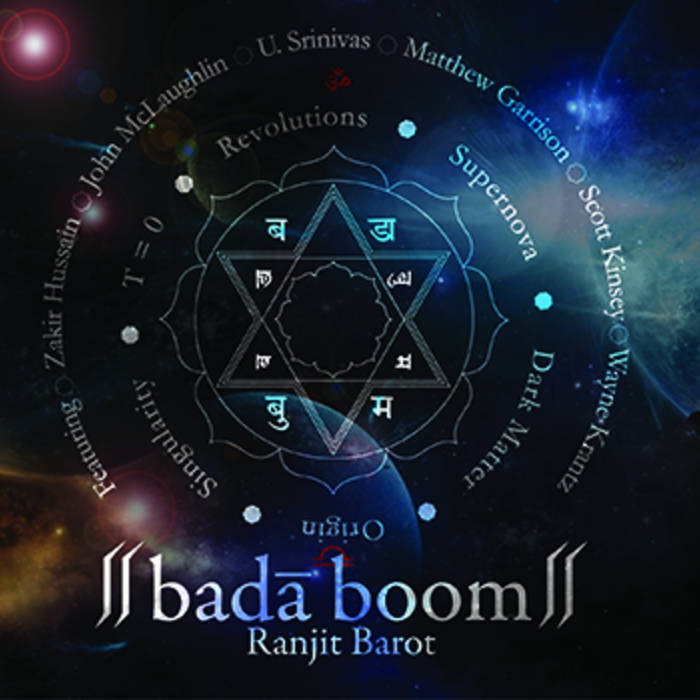 Visionary composer, drummer, producer, and improviser explores his own personal hybrid of East and West.

NEW YORK, NY – After decades spent honing his craft in a staggering array of roles, from composing for films to producing other artists to working as a sideman in a variety of contexts, Ranjit Barot is at last making his debut as a performing bandleader with Bada Boom, to be released by Abstract Logix on November 16th,2010. The son of a legendary classical Indian dancer, Ranjit Barot took up a western instrument – the drum kit – at age 12, inspired by the fusion and progressive rock revolution that was redefining possibilities for a new generation of musicians. Dividing his formative years between England and India, Barot developed a musical sensibility that gracefully intertwines the rich rhythmic and harmonic traditions of classical Indian musics with the improvisational fervor of jazz and the immediacy and accessibility of rock and other popular forms. “I want my playing to be the duality that I am,” he reflects. “I am an Indian, but I dream in English.”

The captivating and uniquely personal Bada Boom (“bada” being Hindi for “big,” rendering the album a bilingual pun on the “big bang”) draws from the pathbreaking example of Barot’s biggest influences, John McLaughlin and Zakir Hussein – both of whom are featured on the project. McLaughlin contributes a blistering solo to the opening track, “Singularity,” while Hussain provides the driving force for “Supernova.” Composed of four original pieces and two striking reinventions of traditional Indian themes, Bada Boom investigates Barot’s cultural and musical dichotomy with insight and inventiveness. Rather than simply recast one culture in the guise of another – transposing tabla parts onto the drum set, playing funk guitar licks on the veena, etc. – Barot composes and arranges provocative, thoughtful dialogues from which these varied influences, textures, and techniques eventually emerge as one voice. Carefully deployed improvised passages, fired by his churning, intricate drumming, further dissolve the perceived barriers, transcending taxonomy and simply becoming music.

Bada Boom may be Barot’s debut album as a performing composer, but it has been generations in the making, with inspiration drawn from every corner of his remarkable, still-unfolding career. “The meeting point of all art is the same, at least to me,” Barot concludes. “When you strip away things like genre, ethnicity, art form even, then you are left with just intent and spirit.”

Bandcamp Daily  your guide to the world of Bandcamp

Little Brother joins the show to discuss their beautiful journey, plus tunes from Fat Tony